Topic’s at this year's conference will include:

We are delighted to announce after dinner speaker and Professor of Gerontology at the University of Oxford, Professor Sarah Harper. Sarah is the co-director and founder of the Oxford Institute of Population Ageing and between 2014 and 2017, served on the Prime Minister’s Council for Science and Technology.

In 2017 she was appointed Director of the Royal Institution of Great Britain, and as a  Director and Trustee of the UK Research Integrity Office. and has chaired the UK government’s Foresight Review on Ageing Populations,(2014-2016)  and has chaired the  European Ageing Index Panel for the UNECE Population Unit since 2015.

She is a Governor of the Pensions Policy Institute.

Her current research on demographic change addresses the impact of falling fertility and increasing life expectancy, with a particular interest in Asia and Africa. Recent research has focused on women’s education and empowerment in sub-Saharan Africa and the impact of this on desired family size, older women's health in Africa, and European life course trajectories and late life female health. She is also currently directing two research projects looking at the ageing of farmers in Vietnam and Myanmar.

Sarah has spoken at World Economic Forums in China and Australia, presented various TED and TED linked talks and presented her work at two Nobel Prize Dialogues, in Stockholm in 2014 and Seoul in 2017. She was invited to give the 2012 Oxford-London Lecture on the subject of population change. Therefore we are delighted that event attendees will be able to listen to this compelling after dinner speaker on the 4 June as part of the Pensions Conference 2018.

Papers where avalible to share are below. Your event paper reference can be found on the Joining Instructions 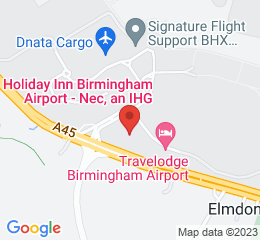